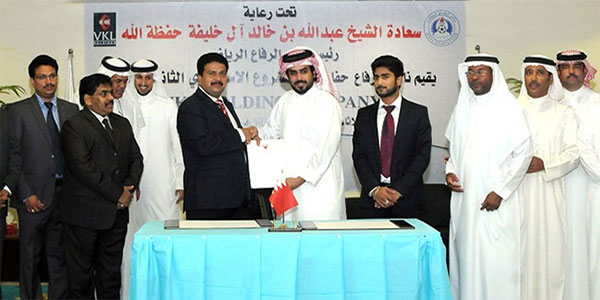 VKL Holdings believes the agreement coincides with recent increased government spending on upgrading its educational infrastructure to include world class facilities. The ministry of education has been promoting the kingdom as an emerging education hub and Bahrain is entering a new growth phase where it will push education as a new catalyst for progress.

“This is a good time to move into higher education in Bahrain because the government is keen to promote the education sector as a next stage in Bahrain’s growth”, said Dr. Varghese Kurian.

“We are delighted to sign the agreement with Riffa Sports Club to promote education and higher study for the people who hail from different countries. We are committed to promote education opportunities for local people and expatriates families and we are keen to help shape the education landscape of Bahrain. We actively support the growth of the Kingdom’s growing education sector”, he said.