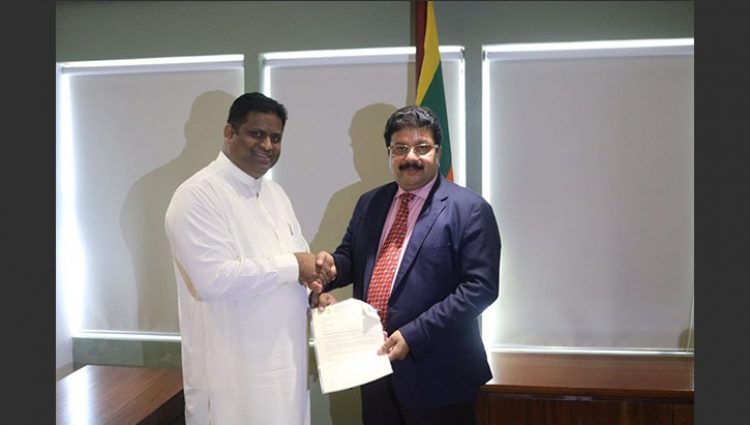 Bahrain-based leading businessman Dr Varghese Kurian has been appointed as an Honorary Adviser to the Ministry of Tourism Development and Christian Religious Affairs (International) in Sri Lanka. He was inducted to this position at a ceremony held in the Sri Lankan capital Colombo.

DrKurian received a letter to this effect from the Deputy Minister of Tourism Development and Christian Religious Affairs Arundika Fernando. The letter states that the appointment is in consideration of Varghese Kurian’s extremely good connection with tourism industry in Sri Lanka. ‘ In addition to the your esteemed knowledge and experience with matters relating to tourism and hospitality management , it gives me added confidence that you would be able to successfully hold this position and provide professional guidance and advices on current situation on tourism industry in Sri Lanka, ’ the letter says.

“It will be mutually rewarding opportunity for you to be exposed to the working of the Sri Lanka tourism industry and updated on tourism matters as they evolve in both Bahrain and Sri Lanka, ’ the letter stated.
In response to his new appointment, Dr Kurian said he considered it a great honor to be associated with Sri Lanka’s tourism sector.

“Sri Lanka’s tourism industry has been registering a steady growth over the years, and a large number of Gulf nationals consider this as a perfect tourism destination.

“Gulf Air’s recent decision to resume its flights to Colombo will further strengthen the tourism ties between Bahrain and Sri Lanka.”

Dr Kurian said Sri Lanka’s tourism department would organize a series of road shows in Bahrain and other Gulf countries in March.

Dr Kurian, who has received several awards including the prestigious PravasiBharatiyaSamman award from the President of India, is the chairman of the VKL Holdings and Al Namal Group of Companies. His businesses include real estate, property development and management, construction, health and hospitality services.