The Indian Government has bestowed one of its nationals, a business icon in the Kingdom, with its highest civilian honour for non-resident Indians (NRIs), the prestigious Pravasi Bharatiya Samman. Bahrain-based business tycoon and the largest Indian investor in the island, Al Namal and VKL Group Chairman and Managing Director Dr. Varghese Kurian, received the honour from the Indian President Pranab Mukherjee, at a glittering ceremony yesterday at the country’s capital New Delhi.

Dr. Varghese Kurian is the only Indian from Bahrain to win the award this year and is one among the fourteen global Indians to be honoured. The awards were presented at the concluding ceremony of the Pravasi Bharatiya Divas, an annual conclave held to discuss issues of the diaspora. The function was attended by over 1, 000 members of the Indian Diaspora from more than 50 countries. “I accept this honour with humility and in the name of all employees of Al Namal and VKL Group,” Dr. Varghese Kurian said after receiving the award. “To win the respect and recognition of my country for my achievements and to be able to contribute to the understanding between Bahrain and India are rich rewards for me and I thank the Government of India for bestowing this honour on me,” he added.

Dr. Varghese Kurian was singled out for his bold business initiatives that have cemented the already strong ties between Bahrain and India and his philanthropy. The Al Namal and VKL Groups are involved in a diverse range of activities – construction, healthcare, hospitality, education, real estate and infrastructure development. Respected for his success in many areas of business and for his capacity in pioneering new avenues of growth, Dr. Varghese Kurian’s efforts have resulted in many Indo-Bahraini business ventures and had created new pathways of prosperity between these two countries. 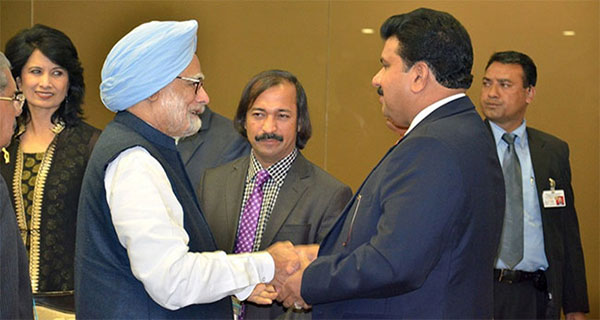 Dr. Varghese Kurian had also personally contributed on innumerable occasions for social welfare and charity causes in India and Bahrain. The tycoon is known for his generous support of noble causes and has underwritten the building of pucca houses for the poor and mass weddings for poor couples in his hometown of Chittar, Pathanamthitta District, Kerala. He is in the forefront of people to contribute to Bahrain causes such as the funds for injured workers or the families of workers who die in workplace accidents.