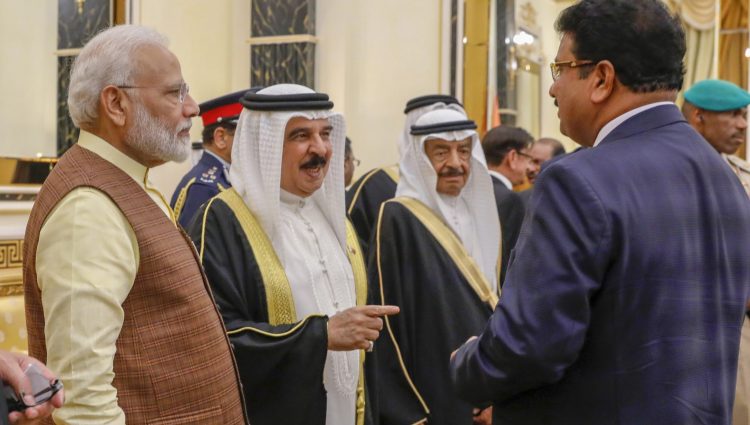 Leading businessman and prominent Indian investor in the Kingdom, Dr Varghese Kurian, has termed the visit of Indian Prime Minister Narendra Modi to Bahrain a milestone that would help to further cement the excellent ties between India and the Kingdom. Dr Varghese Kurian, who is the chairman of the VKL Holdings and Al Namal Group of Companies, said the visit underscores the significance of Bahrain in India’s West Asia policy.

“Bahrain and India are re-casting their centuries-old relations. The countries share a vibrant trade platform. “I believe that the growth of India-Bahrain bilateral trade for the year 2018-19 has touched $1.282 billion, registering an increase of almost 30 per cent over the previous year and India has become the fifth largest trading partner of Bahrain.

“As India is marching towards its ambitious goal of becoming a five trillion economy, the Kingdom too will undoubtedly will play a key role in this thanks to already existing trade ties, close proximity, large
Indian diaspora and above all the personal and warm friendship between great leadership of both nations,” pointed out Dr Varghese Kurian, who has been a resident in the Kingdom for over 35 years. Dr Varghese Kurian was among the dignitaries who received Mr. Modi at the airport, upon his arrival in the Kingdom.