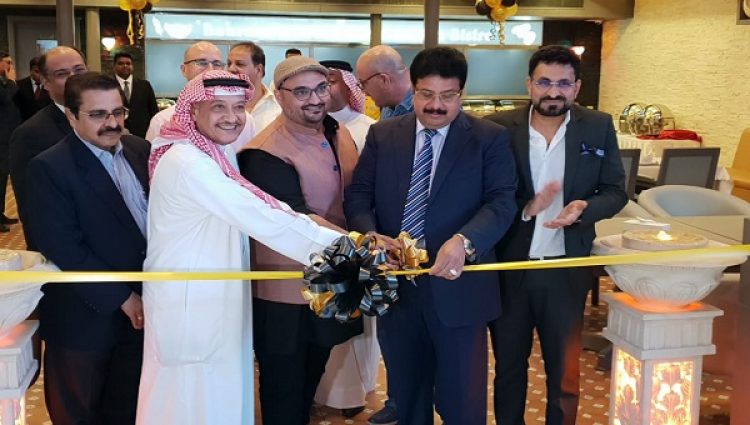 The 90-seater restaurant, which is located at Juffair Mall, near US Navy base, is also accessible to a huge Pan Asian community.

Speaking at the launch, Varghese Kurian, the chairman and managing director of VKL & Al-Namal Group, said: “It has been our endeavor to bring the authentic Modern Indian tastes to the Indian community and we have been actively planning expansion to reach out to every corner of this country.”

“Spice Village received overwhelming response and Team Spice Village made all the arrangements to serve more than 100 patrons in just two days of the opening,” he stated.

“We trust our legacy continues in Bahrain and would like to invite every food lover to taste our authentic recipes,” he added.

Spice Village has a wide range of dishes to choose from – such as the mouthwatering “Mushroom Cappuccino” and MurghRoomaliSeekh” or “Flying Chicken Wings”, “Dal ChawalArancini, AcharPapad Chutney”, said its spokesman.

South Indian delicacy like Mutton Kuzhambu Madurai Podi Appam also including authentic Non Vegetarian dishes including ” NalliNihari”, “Haleem”, “Chicken MakhanMaarke” and Desserts like “Carrot Halwa with Pistachio cream” and many others, he added.

A key player in the kingdom, Al Namal & VKL Holding has business interests in several key areas including construction, hospitality, real estate and infrastructure besides marine dredging and oil and gas sector.