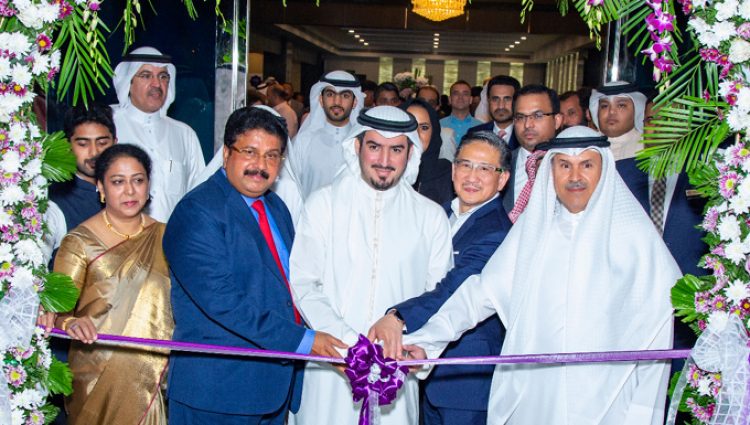 Al Namal & VKL Holding, a leader in the hospitality Industry in Bahrain, has announced the grand opening of the Park Regis Lotus Hotel located in Juffair, the Kingdom’s tourism hub.

The hotel is the first foray of StayWell Holdings Group’s Park Regis brand into Bahrain.

The hotel boasts an array of premium onsite restaurant and bar options, which serve buffet breakfast and casual dining, a patisserie and tea-room, and a roof-top café that offers panoramic views of the sea.

Wan said this new property is an exciting opportunity to expand Park Regis’ brand presence in the Middle East.

“Alongside our parent company, Prince Hotels & Resorts, StayWell Holdings is in the midst of an exciting rapid development programme with plans to expand both brands internationally, with a current focus on the Middle East,” said Wan.

“Opening the Park Regis Lotus Hotel in Bahrain is an exciting achievement for StayWell to further cement its Park Regis brand in the region, with three Park Regis hotels already operating in Dubai and a further two under development for the Middle East,” he said.

Over the last three years, Staywell has increased its portfolio of hotels by 30 per cent, opening eight hotels in India, Indonesia, Bahrain and the UK, he said.

With plans to further increase its portfolio from over 37 properties to 100 in the medium to long-term, the group will split its focus between domestic and international markets for its expansion.

Dr Kurian said: “We would like to express our gratitude to the Ministry of Industry, Commerce and Tourism for its support as we embark on yet our latest venture. We are truly excited to have partnered with StayWell Holdings in the introduction of the first Park Regis hotel as it marks the beginning of a prosperous association between our companies. The opening of this hotel exemplifies our commitment towards the travel, tourism, hospitality, and investment sectors in the country, and we look towards operating at our best capacity and with our signature quality to deliver on that commitment.”

The hotel offers a superior conference solution for corporate travellers, including two fully equipped meeting rooms, with spectacular views of Bahrain and a wide range of facilities and services.

The hotel has easy access to the Diplomatic Area, the Bahrain Bay, major shopping centres and Bahrain’s largest mosque, the Al Fateh Mosque.

Additionally, guests can access housekeeping, laundry, valet and baby-sitting services, along with airport drop-off and pick-up, 24-hour security and ample parking during their stay, officials said.